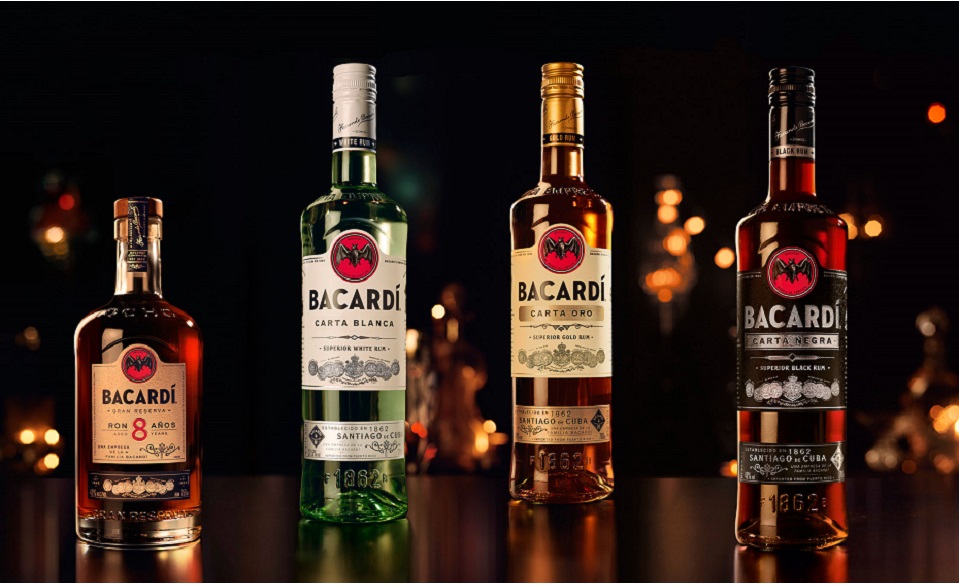 When go shopping, we are sometimes attracted by beautiful bottled alcoholic drinks on the shelf. Do you wonder what makes the liquor different from each other? Vodka and whiskey are two similar drinks and have some complete opposites. Vodka is light with clear color while whiskey is dark and stronger. Vodka and whiskey are twin flames to one another, and social drinkers can enjoy both. Let’s compare the key differences between them in this article.

Vodka originated in countries like Russia, Poland, and Sweden. The word vodka comes from the Slavic word for water. There is an unproven legend that vodka was created by a monk named Isadore in 1430. Whiskey’s origins are similar. 64 years after vodka was being brewed in Moscow, whiskey popped up in Scotland. Whiskey’s name comes from the Gaelic term “usquebaugh,” means “water of life.” Unlike vodka, whiskey is aged and distilled in many different ways, altering the taste depending on the method chosen.

Difference between vodka and whisky

Both whiskey and vodka share quite a similar manufacturing process. Both of them require fermentation, distillation, and heating.

However, the difference lies in their byproduct. Vodka is made by fermenting any food containing sugar and starch like potato, rye, wheat, and barley. Nowadays, one can find various raw materials for making vodka. Some distillers have even started using maple sap, quinoa, and corn for making vodka.

In fermentation, the sugar is turned into alcohol, which is distilled to remove any impurities. The more times vodka is distilled, the smoother it will be. Vodkas distilled multiple times are considered to be “high end” and are generally more expensive because the process removes bacteria and increases the spirit’s alcohol volume. Sometimes vodka companies will distill with different flavors to offer variety. Once the process is finished, distillers bottle the final product and send it off to your local bar. The more distilled the vodka is, the better it is considered in taste. It is for this reason, most of the vodka brands label the number of times the vodka is distilled by them. Vodka is distilled for at least three times, although some brands distill vodka for more than five times. They claim that the more distilled vodka is, the purer it is.  Popular vodka brands, especially those that are marketed as premium brands, even put a “five-times-distilled” label on the bottle. 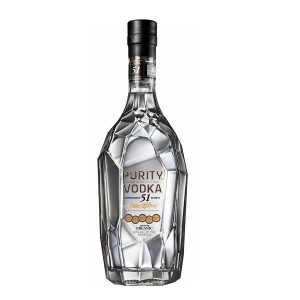 On the other hand, whiskey is made by fermenting grains like wheat, barley, and rye. For making this alcoholic beverage, the grains go through a malting process whereby grains are used from scratch, i.e., they are separately soaked, grown, germinated, and then mashed to make them suitable for making whiskey. Whiskeys must be strengthened and aged in a barrel. They do not mature in the bottle, hence if a person keeps the whiskey bottle over a long time, it would not become any stronger in flavor or alcohol content. The alcohol content and mash content varies depending on the regulations of the geographic region. The whiskeys require a charred oak barrel during the aging process, which provides them with the golden brown and amber coloring. Additional flavors and colors can be added to the alcohol depending on the regulations. 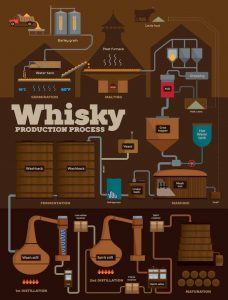 The liquid left behind is then fermented, distilled, heated, and matured in oak barrels for years to get the perfect whiskey taste. The whiskey color changes from light yellow to brown, depending on how long they are kept in the oak barrels. Vodka is plain and tasteless. You may wonder why people would drink it. However, vodka lovers and enthusiasts would argue that even highly distilled vodka leaves a taste. people who actually deal with them, like the bartenders and skilled patrons, can easily identify the taste of a well-distilled vodka. They say it tastes like bread and feels light and soft on the tongue. Most say that vodka tastes like bread with spikes of sweetness. Others say that they are appealed by its smooth, crisp texture and light mouthfeel. Vodka can be consumed neat, chilled and concentrated. And most popular, because of its simplicity, vodka can be made a versatile alcoholic base. Add orange juice, you will get Screwdriver. Add tomato juice, Worcestershire sauce and spices you will get Bloody Mary. Add coffee liqueur and cream, you will get White Russian.

Though both vodka and whiskey are prepared the same way, a few changes in their process make their tastes entirely different from one another. Whiskey, on the other hand, is a stronger alcoholic beverage than vodka. Every whiskey brand tastes different because its tastes differ according to how long it is left in oak barrels. Whiskey has 40-60% ABV. The taste depends not only on the quality of raw materials but also distiller’s skill and time of maturing in barrels. Each region has different technology requirements, there are no common standards.

Bourbon tastes like sweet caramel and okay afterward. Whiskey from rye tastes rich, spicy, and dry. Single malt tastes more like vanilla, citrus, and fresh fruits. No whiskey tastes alike as each of these varieties are aged for a different period.

Other whiskey classifications include:

Single malt: a whiskey made from a single type of grain and a single distillery

Blended malt: a mix of different whiskeys from multiple distilleries

Blended: a mixture of malt and grain whiskeys with added spirits, colors, and flavoring

Single cask: the bottle of whiskey is aged in an individual cask

Cask strength: whiskeys that are bottled without dilution directly from the cask 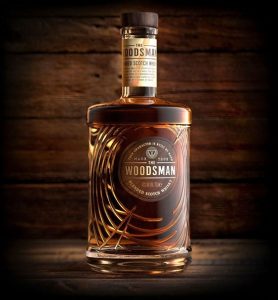 Vodka is one such alcoholic beverage that is known for its good health benefits. There is no limit to how well you can make the right use of vodka. As vodka is mainly composed of water and spirit, it has fewer calories and is thus favorable for weight loss.

There are at least 5 main benefits by drinking moderate vodka beverage.

It also works as a great antiseptic and much more.

Whiskey too has a low-calorie content. However, due to several other mixtures present, whiskey is less healthy than vodka. Vodka is a clean drink with no impurities and is considered a better drink in terms of health.

It is important to notice that people and researchers have mixed opinions about both.

Want to know which of these two will give you the worst hangovers? Though to some extent, it depends on the person’s tolerance as to how the drink will affect him later, it also depends on the congeners present in the drink.

The concentration of congeners or admixtures is greatly responsible for how long and how fast you will get drunk. These are the byproduct of the fermentation process that is left in the alcohol. More are the congeners in the alcoholic drink, more likely you are to feel worse the next day.

As vodka is a clean drink, it has fewer congeners or admixtures, and you are more likely to stay sober the next day. Drinking pure vodka will get you drunk faster than cocktails but still gets the upper hand in giving you mild hangovers. This is because vodka is fermented well and distilled more times, making it free from impurities and admixtures. It’s, therefore, a safe alcoholic beverage making you less likely to puke the next morning.

On the other hand, whiskey is naturally a stronger drink that will take full control of your senses. Moreover, as whiskey is not distilled twice or thrice like vodka, the admixtures in it are higher, making you regret drinking it the next morning. 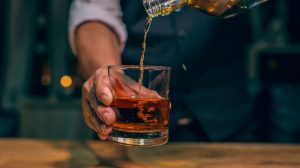 “Whiskey, along with other forms of alcohol, produces several physiologic side effects that lead to hangovers,” notes Trista Best, RD, a registered dietitian at Balance One Supplements. “First, alcohol causes an increase in urination, which can lead to dehydration and ultimately severe headaches.” alcohol causes an inflammatory response in the body that triggers many of the well-known hangover symptoms, including dizziness, vision problems, decreased appetite, and memory issues.

So, vodka is favorite amongst patrons for its safe after-effects. You can drink in moderation and don’t have to worry about feeling hungover the next morning. If you drink whiskey for its rich taste, make sure you drink a good quality vodka with good admixtures. Doing so can save your next day.

When preparing cocktails from either vodka or whiskey, vodka is a much more flexible drink. Also known as the best mixer, vodka can be used with absolutely anything to make world-famous cocktails.

Whiskey, on the other hand, is smelled before it is drunk. Due to its stronger taste, it is recommended to drink in small sips to avoid a burning sensation on the tongue. Smelling it first provides a sense of its taste. Furthermore, whiskey should be first swirled in your mouth well before gulping it down to get the best of it. Drinking vodka includes no such rules and is good to drink even if you are not an expert in liquors.

It is important to source premium raw material to produce your incredible vodka and whiskey drinks. And do not forget to choose qualified vodka glass bottle to make your final products outstanding. We can provide screen printing, frosting and decal on the surface of vodka glass bottle. We also can provide natural corks and pure glass material lids to suit your beautiful glass bottles. Do not hesitate to consult our experts to open a mold making a unique shaped bottle or bottle with embossed logo. No matter you are a new vodka maker plan to launch a small batch or a regular buyer, we will always be willing to listen to you and provide the best products, decoration and service.

What is the Benefits of Vodka Drinking